This article is Part 3 of the series of blog post about building a React Native application backed by Drupal, authenticated via Okta

For this marathon app, we'll divide the part of building the React Native app into 3 parts:

Prior to init project, you might need to remove old version of react-native-cli and install the new thing @react-native-community/cli, otherwise you'll be facing this issue

Once set, run npx react-native run-ios to spin up the beautiful app into iOS simulator. 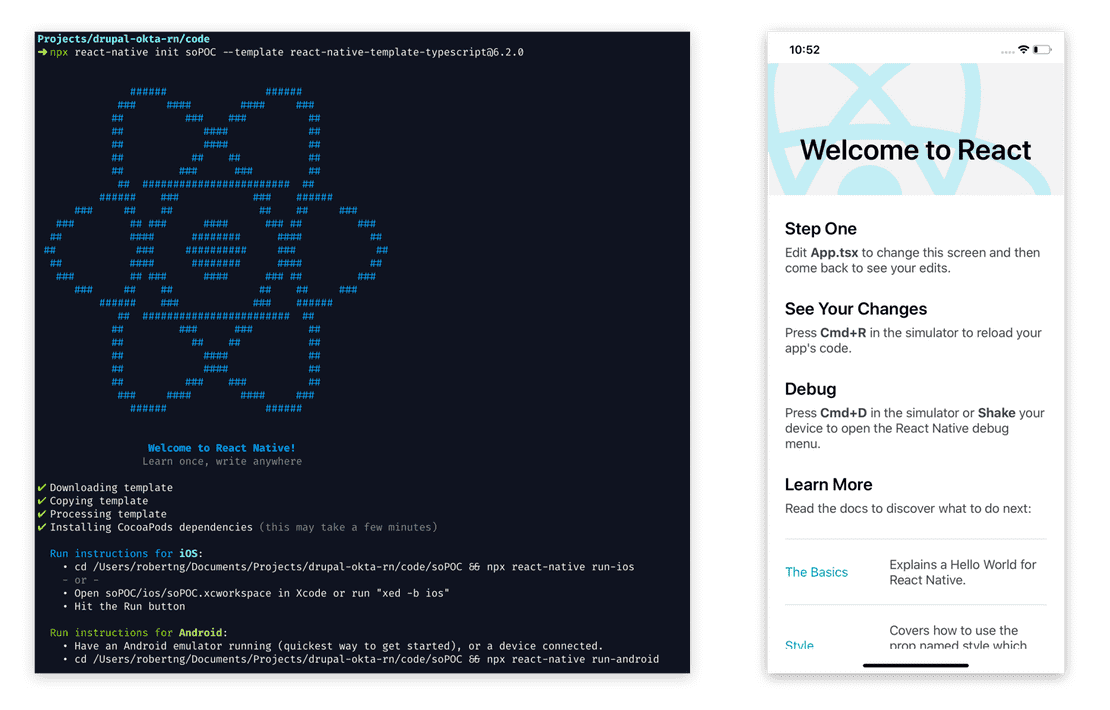 To build navigation system in React Native, we use React Navigation. For the sake of simplicity, at this state of the project we only have 2 screens:

These two screens are wrapped in a stack navigator.

The current tutorial is using React Native 0.60.5 which supports auto linking, but we need one more step to complete linking:

Linking in Android: add these two dependencies of react-native-screens to android/app/build.gradle

💡 At this point, the app should be able to run without any issue, with no visual change, but under the hood, react-navigation is ready to use. 🦄

Coming from the Drupal world, I always think the Layout component is like page.html.twig in Drupal. It's a master template, wrapping everything inside the page. If all screens share same layout with padding: 16, I'll set it in Layout component.